Battle strategy demands a strong offense, when possible, after an enemy attack. This allows additional attrition, possibly removes the ability to regroup, and acquires more real estate for occupation. When effective, the ultimate goal of removing the ability of the enemy to fight is moved further forward.

This is now the best strategy for the current administration. It's obvious enemies of the United States tried to circumvent the methods allowed by law to overthrow the government. Otherwise, they declared war on the citizens, and should be punished.

From what I've read, there are numerous criminal activities not only described, but demand prosecution by government officials that are supposed to operate outside the political posturing of politicians. These officials need to perform their job and bring these criminals to justice. If they don't, they too become criminal accomplices in a failed coup.
Posted by Jess at 10:44 AM 9 comments:

Email ThisBlogThis!Share to TwitterShare to FacebookShare to Pinterest
Labels: Politicians and bureaucrats are warts on the ass of liberty.

It's too expensive for many people to live in New York. For something as large as a state, that's the start of the plunge toward death. For someone like me, that lives in Texas, all those moving here usually create problems.

When they move, they usually move to the cities, which don't have the housing to accommodate, property values go up, which causes higher taxes, which also increases the cost of insurance, and to make it all worse: they bring their whipped attitude toward authority and excessive regulation. They've been whipped for so many generations, they accept what we call Fascism.

Oh well. We'll accept them, force them to accept liberty, and try to remove their inbred attitude of government dependence. It's hard work, but necessary. Maybe we can convince them to move south and displace all the illegal aliens by the border.

I went on a weekend trip with my wife last weekend. We started to go to Athens, Texas, where my wife went years ago, but ended up in Palestine, Texas. We like what we saw, so we did a little sightseeing, and ended up staying the night.

The trip home was remarkable. The East Texas woods are beautiful this time of the year. With the rolling hills, trees budding, and greening pastures, the view was awe inspiring.

While travelling through the Sam Houston National Forest, we saw a historical marker on the left that caught our attention. We stopped, read the sign, and begin to wonder about what we were seeing. The sign explained a cemetery, but none was to be seen. My wife decided to get out, and go up the small embankment to see if there was one behind the barbed wire fence. 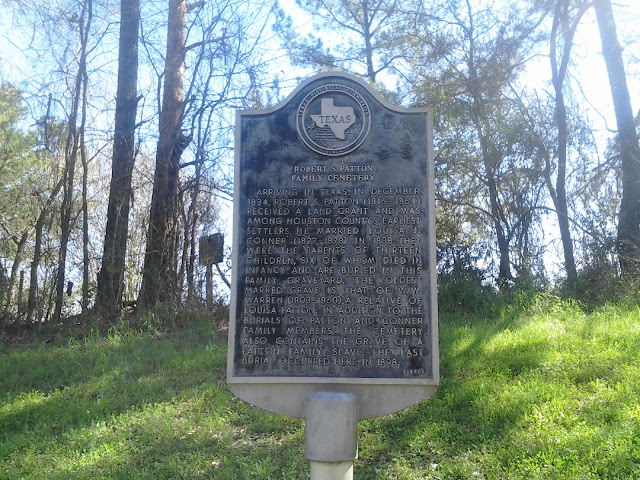 I soon followed, and found the barbed wire was covered with a split garden hose. It was obvious this was to allow climbing through the fence. A few yards in we discovered the cemetery. 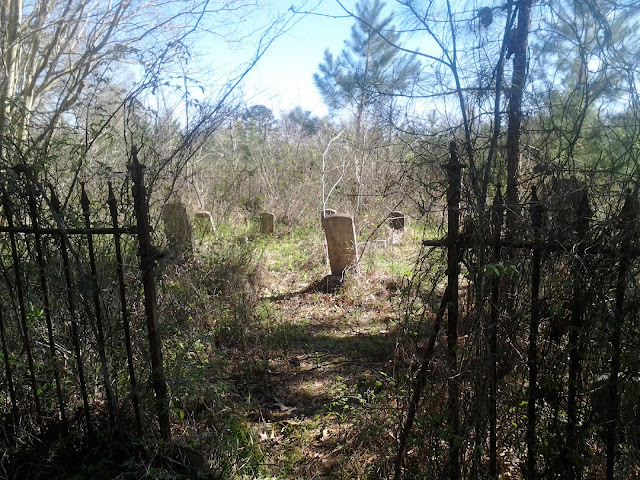 The old wrought iron fence was bent, and damaged, but still marked the perimeter. It was obvious it was suffering from years of neglect, but the grass between the headstones was beaten down by people walking among the graves.

One large headstone caught my eye, so I took a photo. 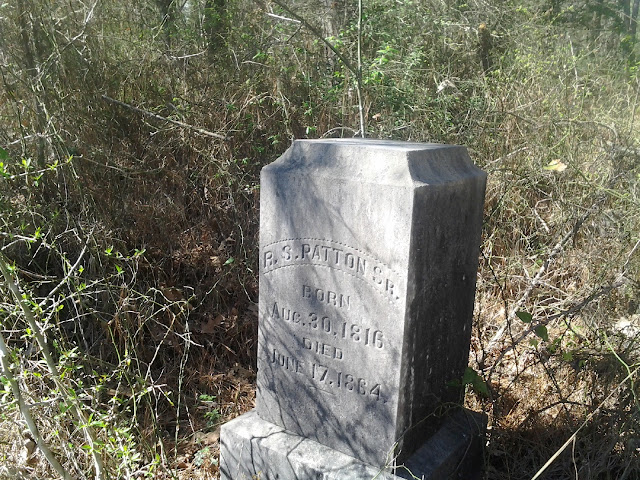 Among the other headstones were six in a row that simply had "Infant" scribed into the stone. According to the marker, they were the six children of the thirteen children that didn't survive.

As we looked, I was struck by how it was obvious there was nobody left to take care of the cemetery. If there were living relatives, they were probably scattered, didn't have any ties to the area, and if there were, they didn't care.

So, a piece of history is slowly becoming part of the land that someone once worked to survive. It's a sobering thing to realize, and is probably the final outcome of most everyone we know.
Posted by Jess at 6:24 AM 2 comments:

There's a college admission scandal going on. Apparently, some wealthy parents paid big bucks to get their children in college. Included in this corruption is paying others to take tests, bribery to officials, and even photo shopping their little darling into photos to make them appear as athletes.

Some are acting shocked, which is really stupid. This has been going on for a long, long time. If you don't believe this, how do you think some of the idiot politicians received their college degree?
Posted by Jess at 9:06 AM 4 comments:

It's known that many of the highest officials in law enforcement are not only crooks, they're seditionists. These people backed a political party that wants all citizens to not have firearms. If you follow logic, it's not a great leap to realize the good of the citizens is not on their mind. They want the citizens to be helpless, so they can steal, murder, and subjugate.
Posted by Jess at 7:01 AM 10 comments: